James had a heart that loved deeply. He wanted nothing more than to use his experiences to lift others out of their suffering. He had an abiding love for Humanity and wanted to be a part of their freedom. James Mason Centers for Recovery is our way to give James what he always wanted, to help others, and now he can. 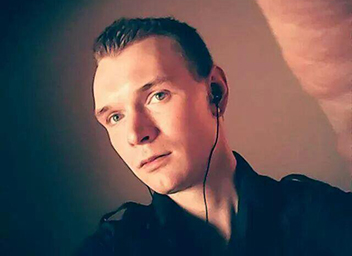 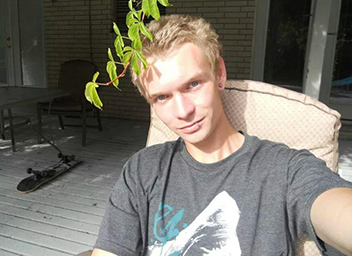 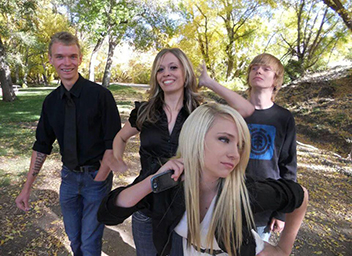 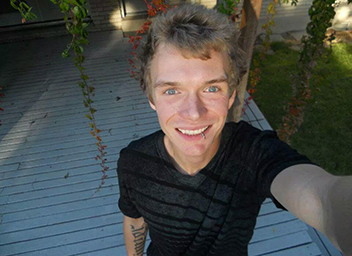 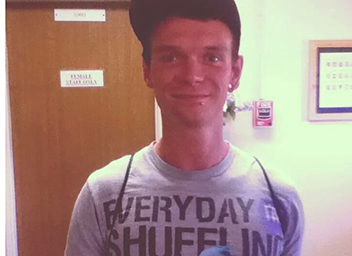 “James showed us that beauty, joy and love are at times masked by seemingly opposite traits.  It is our joy and our commitment to see beyond what presents itself today, and reveal the hidden treasure.”

My name is Trisa McBride, I am the mother of four children.  Two of my children have struggled with depression, severe anxiety and eventually addiction.  As a single parent, I am painfully familiar with the heartache and struggle that families go through when their children need help that they sometimes feel powerless to give.   During the spring of 2014, two of my children were enrolled in treatment, scheduled to be released within a couple of weeks of each other.  I found myself looking for outpatient services that would allow them to be successful and to receive the support that they so desperately needed.  I remember the impact it had on me at that time, how vital it was in saving the lives of my children.  I said to myself “if I ever start another business, this would be one that really matters”.

Let me tell you about my son James…

James had all the qualities that any mother would be proud of. He was articulate, brilliant and beautiful inside and out. James was also very sensitive. He dealt with severe anxiety, depression and what he called “crippling despair.” James, like so many of our young people, did not know how to cope with what he was feeling so he began to self-medicate in an attempt to deal with his pain.
I remember many times James and I would talk, he would communicate to me his bafflement at the pain that he bore, wondering why it was so difficult and if he would be able to continue. During these conversations, James always came to a place where he would brighten. He would speak from his conviction, something he knew to be true about himself. “I know there is a purpose in this mom, it is for a reason. I know that I will be able to use what I am going through to help other people”.

In August of 2014, James relapsed again.

This time, his fall into addiction took him to a place that was lower and more terrifying than anything he had ever experienced before. For James, this meant lower that sleeping in the streets in the winter, lower than not having food or shelter. Lower than knowing that his bridges had been burned and there was nowhere else to turn. This is a place where most addicts will find themselves eventually, a place where death seems the only answer, more a retreat than something to be feared.

James entered Rehab again, and this time, he went in with a vengeance!

James was going to beat his addiction, he invested himself like he never had before. He seemed to understand that his very life depended on his commitment, and James was at 100%. Very quickly, James got his light back. Along with his light came his confidence, his creativity, and his incredible sense of humor. James and everyone around him truly believed that this was his time. James became a warrior fighting for his life. He wanted to live and he wanted to live free from addiction.

As he improved, James found his heart.

James fell in love with his life, his family and friends. James had a wisdom and a depth about him that was he able to access once again and people flocked to him. James never saw boundaries between himself and others. His pain had given him the gift of unconditional love and acceptance of all that that he met. James had the ability to see life at a deeper level and to lift others to clarity. These gifts were able to show themselves again as the fog lifted and James connected to the joy of being alive.

It seemed James had finally found his way.

James graduated from residential treatment and moved onto day treatment. IOP and into a sober living facility. In October of 2014, James found himself at the place where gainful employment was the next step in his integration back into the world, and James went to work. The morning that James received his paycheck, he took the train downtown, came back to his room and overdosed.
My phone rang at 2:22 on the morning of October 25th 2014. I was told that there were two detectives at my door. They came in, sat on my sofa and struggled as they told me that my son had passed away. I could not take it in, it did not seem real or even remotely possible. James was 23 years old.

James had a heart that loved deepy.

James wanted nothing more than to use his experience to lift others out of their suffering. He had a deep and abiding love for humanity and wanted to be a part of their freedom.
James Mason Centers for Recovery is our way of giving James what he always wanted. He wanted to help others, and now he can. We are using the love that we have for James to drive his vision forward. Teens that find their way, and families that get to see their children grow up.